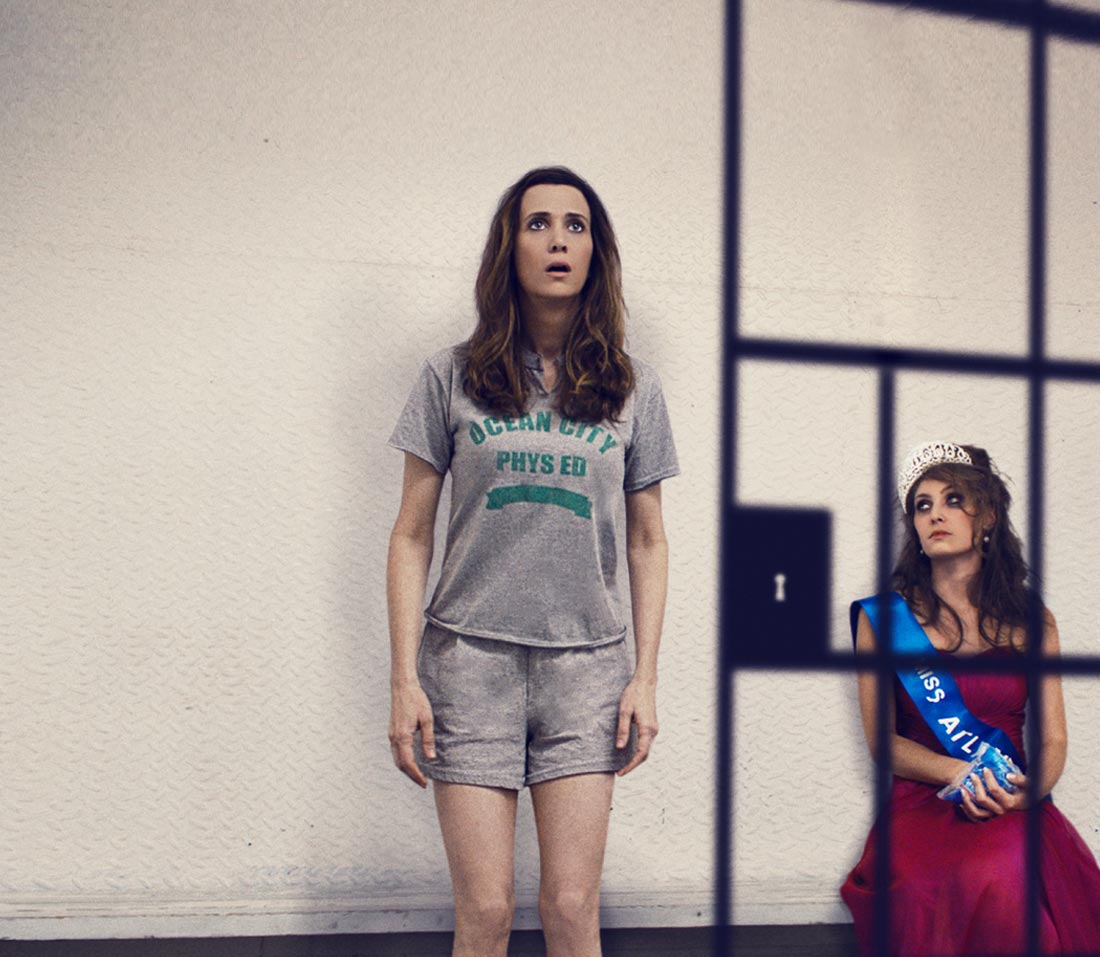 Imogene (Kristen Wiig) is a failed New York playwright awkwardly navigating the transition from Next Big Thing to Last Year's News. After both her career and relationship hit the skids, she's forced to make the humiliating move back home to New Jersey with her eccentric mother and younger brother (Annette Bening and Christopher Fitzgerald).

Adding further insult to injury, there's a strange man (Darren Criss) sleeping in her old bedroom and an even stranger man sleeping in her mother's bed (Matt Dillon). Through it all, Imogene eventually realizes that as part of her rebuilding process she must finally come to love and accept both her family and her Jersey roots if she's ever going to be stable enough to get the hell away from them.

Later this year, Wiig stars opposite Ben Stiller in The Secret Life of Walter Mitty. Based on James Thurber's classic story, the film chronicles the story of a daydreamer (Stiller) who escapes his anonymous life by disappearing into a world of fantasies filled with heroism, romance and action. When his job and that of a co-worker (Wiig) is threatened, Walter takes action in the real world and embarks on an extraordinary adventure. Directed by Stiller, the film will be released on Christmas Day.

Wiig is now in production on IFC's six-episode miniseries The Spoils of Babylon, produced by Will Ferrell and Adam McKay, which chronicles the sexy and dramatic lives of a family who made their fortune in the oil business. Wiig stars opposite Tobey Maguire as characters who run the company while fighting their feelings for one another. The series will debut in early 2014.

In 2011 Wiig starred in the critically acclaimed breakout film of the summer Bridesmaids, which she co-wrote with Annie Mumolo. Directed by Paul Feig and produced by Judd Apatow, the comedy became Apatow's highest-grossing production to date. Wiig was nominated in the Best Original Screenplay category for Academy Award, WGA and BAFTA honors. She was also nominated for a Golden Globe Award® in the Lead Actress in a Comedy or Musical category. The film received a Golden Globe nomination for Best Motion Picture: Comedy or Musical as well as a SAG Award nomination for Outstanding Performance by a Cast in a Motion Picture.

On the small screen, Wiig appears in two episodes of the recently revived Arrested Development, for Netflix. Previously, she guest-starred on the Emmy-winning NBC series 30 Rock as well as HBO's Bored to Death and Flight of the Conchords. Wiig also starred in the Cartoon Network's reboot of The Looney Tunes Show, supplying the voice of Bugs Bunny's gal pal, Lola Bunny, which earned her an Emmy nomination for Outstanding Voiceover Performance.

A native of Rochester, New York, Wiig worked as a main company member of the Los Angeles-based improv/sketch troupe The Groundlings before joining the cast of SNL.

She has a lot to live up to.
And a few things to live down.